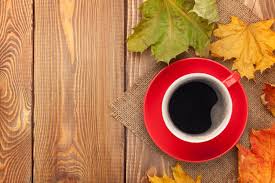 This blog is for, Lisa, who brought my inner thoughts to the surface and for, Linda, who brought them full circle.
Last week as I was returning from walking the dogs, I noticed what appeared to be the fluttering of wings above a mound of grass in my yard. I secured the dogs in the house and went to investigate. I found a baby bird, laying at an awkward angle, with its beak open. The poor thing’s heart was pulsing below its bony chest and its eyes were open wide and terrified. I resisted the urge to scoop up the baby bird and scale the tree to put it back in its nest. I had seen what appeared to be the mother bird hovering close to her baby and had faith that she knew best how to handle the situation. Ten minutes later, I walked out hoping to find the baby gone and safely back in its nest. Instead, my heart sank as I witnessed a feeding frenzy of birds fighting to tear off pieces of the baby’s flesh. When I sent my husband out later to remove the carcass, he came back in saying that he could not find the body. Nature was efficient; the bird’s struggle and the resulting slaughter had worn the grass away leaving only a patch of dirt in the spot where it had lay minutes before. The sun was shining, bees were busy harvesting pollen from my rose bush, and the birds were singing sweetly as if nothing had happened. Yet, my heart was heavy. Naturally, the scene was ugly and I wish I had been able to do something for that poor, defenseless bird, but I was wise enough to know that nature will take its course and it is not always my place to interfere. What really bothered me was that the scene hit very close to home. With my oldest entering into his senior year of high school, the story of that baby bird and the disastrous plight out of its nest was a well-timed metaphor … its meaning not lost on me.
I know I am not alone when I speak of the angst a parent feels when their child is close to leaving home. I am also wise enough to know that my son will not fully leave the nest for a few more years. College is more of a test flight. An opportunity to train his wings and hone his skills. Yet still, I worry that I have not done enough to prepare my son for what lies ahead. I think about that baby bird and wonder why it fell? Was it reckless thinking it could fly, bypassing the process and jumping before it was ready? Or was it a weakling, cast out of the nest due to Natural Selection? Either way, the species knew how to take care of an overconfident bird or one that wasn’t given enough time to mature. I can see both of these personality traits in my son. He often seems overconfident, born knowing all of the answers to life’s questions and doing his best to allow his dad and me to catch up. At other times, his lack of maturity is glaringly evident and the sweet thing needs to go back into the oven and cook a bit longer. So the questions linger. Will the two extremes one day balance each other? Or will one prevail and leave my son underprepared and vulnerable, easily sniffed out and consumed by life’s predators?
This may be the part of my blog that you think I will provide the answers to these big questions. You are wrong. This is the part where I asked my more seasoned readers to give me their advice. Is there a list of “must do’s” that my husband and I can knock out over the next twelve months to mostly prepare my son to leave home? Maybe not a list, per say, but pearls of wisdom to help us all through this process? Please tell me, my friends, will I ever feel ready for my son to leave home? Will I ever feel like we did enough? I pray hope he doesn’t jump too soon, but I do not want him to overstay his welcome. It is my greatest hope when the day arrives for my son to trek out on his own, I will feel at peace in letting him go. I will no doubt stand on the sidewalk and watch him drive away until his car rounds the corner and disappears from my sight. Through what will most likely be a wall of tears, I will think of my little bird and whisper the prayer, “Fly, Baby, Fly!”